This week close to 400 people came together at Temple Emanuel in Newton to share and celebrate the ongoing work of the Ruderman Synagogue Inclusion Project (RSIP). Thirty-five rabbis were among the crowd, and 45 synagogues were acknowledged for their work in inclusion and mental health awareness.

RSIP began four years ago with three synagogues representing Judaism’s Orthodox, Conservative and Reform denominations. They were Congregation Shaarei Tefillah of Newton, Temple Beth Elohim of Wellesley and Temple Emunah of Lexington, recalled Sharon Shapiro, a trustee of the Ruderman Family Foundation. Shapiro, who focuses on mental health awareness for the foundation, said in a recent interview with JewishBoston at her office in Newton: “I’m passionate about the subject. With statistics being as high as they are regarding mental health issues, it makes sense that it’s something that needs to be addressed. We started to learn the landscape of mental health last year. We’ve noticed through this project and other partnerships that mental health is coming to the surface, making it a natural topic for the synagogue inclusion project.” Molly Silver, manager of RSIP for CJP, praised the Ruderman Family Foundation for “bringing inclusion to the forefront of the Boston Jewish community.” Silver added that local synagogues have been key partners with the foundation “in fostering this work. They make this subject a priority in their communities and do everything they can to make everyone feel welcomed into Jewish life. This is what it means to be holy, inclusive and welcoming to all. This is what it means to be a sacred community.”

Both Silver and Shapiro noted RSIP’s remarkable growth over the past three years, which now includes an alumni group. During the course of the evening, there were workshops for seasoned partners, as well as those new to RSIP. Alumni and others could attend facilitated talks on “Moving Your Inclusion Agenda Forward” with representatives from three synagogues that included Congregation Shaarei Tefillah, Temple Beth Elohim and Temple Isaiah of Lexington. There was an option to explore “Disability Awareness” in an interactive session with staff from Gateways: Access to Jewish Education. More recent partners had the opportunity to become better acquainted with the goals of the project in a session on “Strategies for Synagogue Inclusion.” “RSIP’s embrace of mental illness as an issue has been very important to the community,” Shapiro noted. “Anyone who has dealt with mental illness knows how personal and isolating it is. It’s the type of thing where you may look fine, but you’re suffering. I’m so thankful and impressed with people who have spoken out about the subject.” Shapiro further observed: “We’re becoming more strategic in the workshops we offer. For example, new partners are going to ‘Strategies for Synagogue Inclusion.’ People are thirsty to learn. And RSIP has been so successful because synagogues and people have come out to address mental health in the community. It has a ripple effect. This is the time to come to the surface and directly address it.”

The evening also featured Anita Diamant, best-selling author and founder of Mayyim Hayyim Living Waters Community Mikveh, talking about “Hiddur Mitzvah: Making Jewish Life Beautiful for All.” Diamant said she initially encountered a thoughtfully crafted, universally designed space at an exhibit at Cooper Hewitt Smithsonian Design Museum in New York City. The kitchen on display was both beautiful and accessible. When it came time to build Mayyim Hayyim, access was crucial to the organization. Diamant pointed out that from the beginning, Mayyim Hayyim had a lift for anyone in a wheelchair who wanted to descend into the water. “We didn’t want to exclude anyone,” she said. “We wanted immersion for all.” In addition to universal access, Mayyim Hayyim’s vision of inclusion included a gender-neutral color scheme. The intention was “to welcome those who had never been in a Jewish space,” Diamant said. She cited the mikveh’s seven “Principles of Common Purpose,” which includes offering meaningful ways to immerse while remaining accessible to the entire Jewish community. “We’re an unhyphenated Jewish space in which we embrace diversity and ahavat Yisrael—love of Israel,” she said. “There is full accessibility and expression of beauty in every detail.”

Additionally, there is a dedicated art gallery that enhances the commandment of hiddur mitzvah (the principle of enhancing a mitzvah through aesthetics). Volunteers curate the space and select work solely on their quality. The art does not have to be Jewish or Judaica. Over the years, exhibits have included sculpture, works on paper, paintings and tapestries. “The art,” Diamant noted, “is meant to encourage wonder and inspiration. It elicits questions and fosters conversations. It builds community and opens doors for people who have difficulty reading or communicating.” 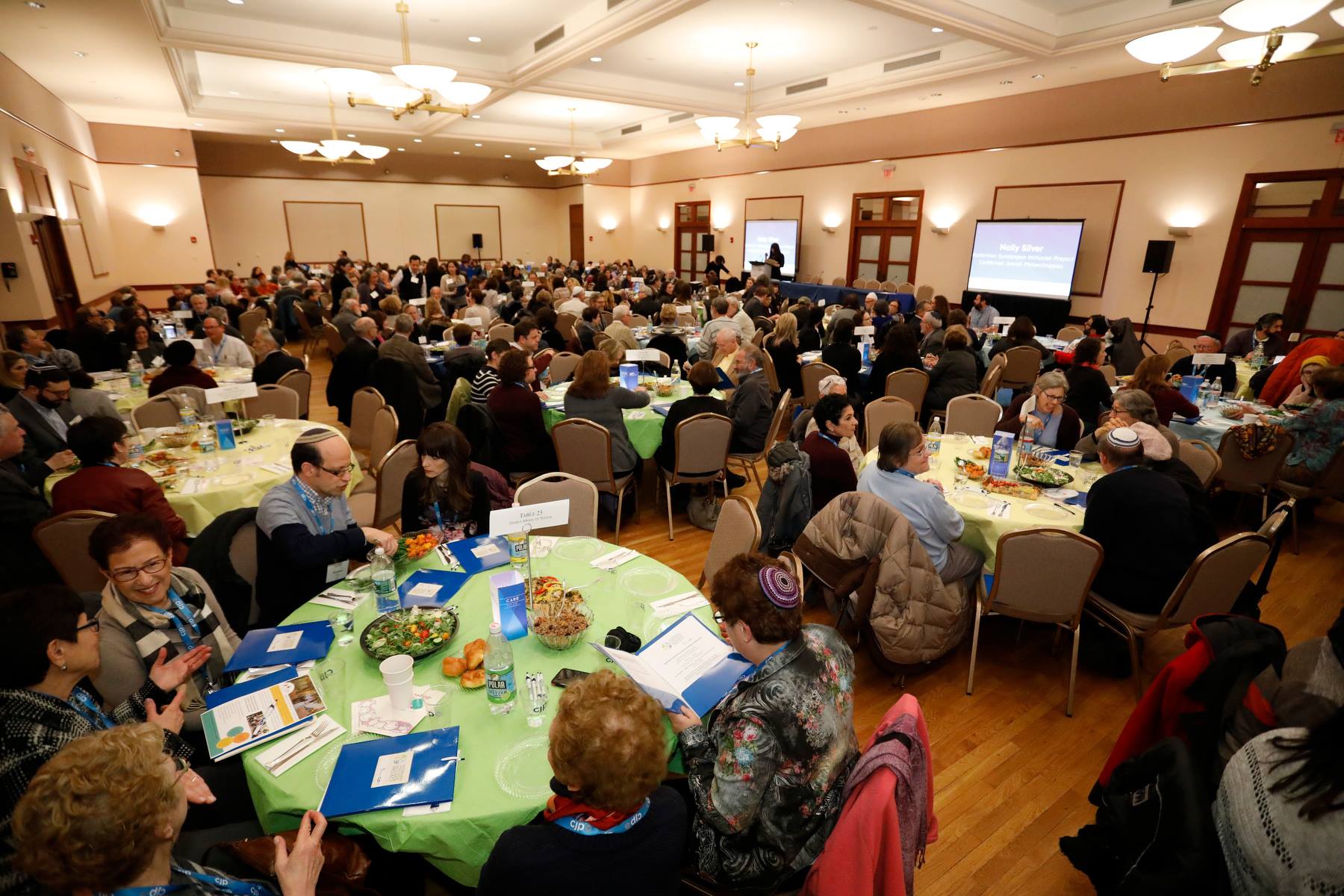 Diamant also showed an example of accessibility from her temple, Congregation Beth El in Sudbury. The temple has a garden that people can see from a window or wander into during silent prayer. There had been a steep incline at the door to reach the garden until the community installed a ramp. However, Diamant said she didn’t care for the world “ramp”—“it’s utilitarian and functional.” Instead, she emphasized a bridge had been built. Bridges, she observed, are beautiful and can be a metaphor. “The wider our community opens its doors and heart, the more inclusive and beautiful we make our buildings and language,” she said. “The stronger and happier and more beautiful our people are. [Inclusion] will make us better Jews, and a light unto nations.”

Judy Bolton-Fasman is the culture reporter for JewishBoston.com. She has written about arts and culture for over two decades. Her essays and articles have appeared in The New York Times, The Boston Globe, The Forward, Tablet Magazine, The Jerusalem Report, Cognoscenti and other venues. Email her at judy@jewishboston.com.
Selected Sermons